Cinnamon Denise is a vocalist, bassoonist, songwriter, and producer who has a talent for   engulfing listeners into her music.  As a classically trained bassoonist,   Cinnamon Denise incorporates a unique style of playing into her   performances. As a yoga teacher, Cinnamon spreads a peace through all of her performances and teaches private lessons for movement and various facets of the yoga world.

Lil Miss Beats is a reformed classical composer gone lofi beatmaker. Her smooth, fun accoustic-meet-electronic-lofi beats were born in 2019 after sever music-fatigue working as a composer in the contemporary-classical and film and media space. Growing up, Maike Watson aka lil miss beats, was an active multi-instrumentalist performer in Cape Town, being especially proficient on the Piano and Strings. After getting her Mathematics Degree and subsequently her Masters in Music degree, she became a multi-genre composer and music producer for media and performance. Since then her works as a composer have been extensively performed and broadcast around the world. In 2017, Maike was commissioned to write a unique African Christmas Carol set to a poem by Margaret Kollmer which has been performed and recorded in South Africa. Other notable performances include her work representing South African Contemporary Classical Music at the ISCM (International Society for Contemporary Music) Festival in Vancouver in 2017 and again at the Beijing Modern Music Festival, China in 2018. Since then her symphonic orchestral work "Illusions of an Easy Life" was performed in South Africa. After turning the whole Ableton User Manual into a free tutorial series on YouTube, Maike has been invited onto Ableton's team of international Sound Designers where works as a freelancer who regularly designs new instruments and sounds for Ableton. Since the inception of her solo project "lil miss beats" in 2019, she has released multiple albums, grown a successful YouTube channel, ghost produced music for other producers and artists and continues to learn and share her knowledge as she goes. You can purchase her sample packs on www.lilbeatshop.com and find her tunes on your favorite streaming platform. Socially she is most active on instagram and on email (find it on lilbeatshop.com).

Jam Phelps is a Mix Engineer, Music Producer and owner of Denk Studios in  Durham, North Carolina. Her studio is focused on uplifting marginalized voices in  music such as women and LGBTQ+ folks. She has been a musician for 28 years  and loves crafting unique productions and imaginative mixes in a safe environment where creativity thrives. Jam has been featured on Soundgirls.org, Stories in  Sound, The Music Executive podcast, and currently is a Waves Audio  collaborating artist for Gear Fanatix.

Audrey Martinovich (she/her) is the Co-owner of Audio for the Arts, a Wisconsin-based recording studio specializing in acoustic music, and is a trusted engineer and producer for artists in the Midwest and beyond. She started her journey as an opera singer who wanted to learn more about recording and later became the first female contributor to Pro Tools Expert in 2017. A year later, Audrey was a finalist to receive the award for Breakthrough Studio Engineer from Pro Sound Europe. She has spoken and been on panels at AES, Empowering Women in Audio Clinics, and E-Women’s Network in addition to having lead seminars focusing on audio production at University of Wisconsin - Madison. Audrey is a Warm Audio artist, member of SoundGirls, AES, and voting member of the Recording Academy where she also serves on the Advocacy Committee. Audrey is passionate about using music to empower marginalized communities. Credits include Wisconsin Chamber Orchestra, Johannes Wallmann, and comedy albums for Shane Torres, Josh Johnson, and Chris Redd.

Lisa Kacos is an artist and educator from Grand Rapids, MI and currently residing in Nashville, TN. She is a songwriter and multi-instrumentalist (trumpet, drums, keyboards, and ukulele) who writes and records her own music and also collaborates with other artists, both live and in the studio. She has performed with groups such as Outer Vibe, Amy Ray of The Indigo Girls, Samuel Herb, and Violet LaVelle. Lisa teaches workshops and classes centered around music production and rhythm for songwriters. She teaches with songwriting community Thinking Outside the Blocks and recording community Omnisound Project. She has also volunteered with the Nashville-based non-profit YEAH! (Youth Empowerment through Arts and Humanities). Lisa received a Master of Music Theory with a pedagogy emphasis from Michigan State University and a Bachelor of Composition and Music Theory, also from MSU. She has taught at SAE Institute - Nashville, MSU, and Grand Rapids Community College.

Tori Baltierra is an audio engineer, musician, and songwriter. As guitarist/lead vocalist of the 3x Austin Music Award winning Latina sister power trio Tiarra Girls, she makes music centering empowerment and the celebration of her culture. She currently attends Austin Community College where she is set to graduate this fall with an emphasis in Live Sound.

Lindsey Kappa is a musician and audio engineer in Austin, TX.  She operates as one of the engineers at Chicken Run Studios, an assistant engineer at Same Sky Productions, a freelance contractor for live sound & stage operations with the Event Production team at Rock N Roll Rentals, and is a DJ/MC for Premier Entertainment.  When she's not engineering for others, she creates her own music as Bad At Being A Girl and is the keytar player in the Scott Collins Project.

Annlie Huang is an audio professional based in Los Angeles with experience in production and post-production for both music and film. She previously worked as a mix tech at The Walt Disney Studios, with credits including Mulan, Frozen 2, and Avengers: End Game. Currently, she is part of the music editorial team for streaming content at Marvel Studios. Annlie also works independently as a film re-recording mixer and music mix engineer – collaborating with artists to make powerful songs and films even more potent. Annlie holds a B.F.A. in Performing Arts Technology and a B.S. in Sound Engineering from the University of Michigan.

Kia ‘The Mix Artist’ Shavon is a recording, mixing, and mastering engineer. Born in NYC, but not limited to the five boroughs, KS has 10 plus years’ experience recording artists worldwide. Her resumé is extensive as it consists of A-list celebrities such as A$AP Rocky, Lil Pump, Foxy Brown and Slick Rick as well as numerous emerging artists across the globe. With a degree in music and engineering from one of the top HBCU’s, Hampton University, Kia Shavon, is now ready and willing to share HER knowledge with those willing to learn.

Lucie Treacher is a composer and performer creating interactive sound experiences, both digital and theatrical, virtual and real. Her music is characterised by quirky and highly textural sound worlds, playfully woven together into multi-disciplinary work. Lucie has created work for major British venues such as Kings Place, the Saatchi gallery, Cadogan Hall and the Southbank Centre as well as pieces for subterranean caves, bathrooms and washing machines. Lucie has a very diverse interest in composition and has been involved in a spectrum of projects, taking her from experimental, improvisatory realms to video games and to opera. As well as working for Spitfire Audio she is currently building her own virtual instruments for a project called 'Folklorica': a meeting of technology and mythology.

Rebekah Wilson is a composer, musician, and co-founder and technical director of Source Elements. As a self-taught computer programmer since the 90s, Rebekah has toured as a composer, electronic performer, lecturer around the world. When serving as artistic co-director at the celebrated STEIM institute in the Netherlands she developed a passion for real-time music performance software, and later co-founded Source Elements where Source-Connect was created. This has meant she has spend over 15 years getting to know intimately every aspect of music production when it comes to working with remote teams, including every software and hardware platform. In 2018, Rebekah completed her Masters in the topic of Networked Music Performance, merging two passions: 21st century composition for ensembles and network music technology. Her research promotes a future where increasingly sophisticated internet and music technologies emerge, bringing a world made recently more distant from each other, closer together with music and rich audio and video applications.

LaFrae Sci a.k.a Frae-Frae: Daughter of Drexciya is an award-winning and internationally acclaimed multi-instrumentalist, educator, composer and electro acoustic adventurer. Bedrock to her artistry is the roots and the fruits of the blues from spirituals to afro diasporic futuristic soundscapes that explore time travel, prayer, meditation, and the African American ecstatic tradition. As a composer, she writes for film, theater, and large and extended jazz and classical orchestras. She is able to write for any instrument, and her creative range spans immersive and ambisonic music, blues, various ethnomusicological traditions, rock, pop, hip-hop, and her own brand of subaquatic deconstructed techno soul. To date, she has shared her intentional creativity in 38 countries. Frae-Frae is also the Executive Director/Dir of Artistic Programming at Willie Mae Future Sounds named after Willie Mae "Big Mama" Thornton. W.M.F.S. is a STEAM based, year round empowerment rhugh music program that includes spiritual activism, Afro Diasporic futurism, critical thinking and leadership, including music technology through the lens of the blues tradition for girls and gender non conforming youth in New York City.

Marisa Ewing is an audio engineer, sound designer, composer, and musician with experience as a recording and mixing engineer for music, film, and video games. Marisa holds a BA in audio production and another in music with a specialization in film and game sound. She is the founder and owner of Hemlock Creek Productions, a boutique post production audio studio based in Washington, DC that specializes in dialogue editing, mixing, mastering, and sound design.​ 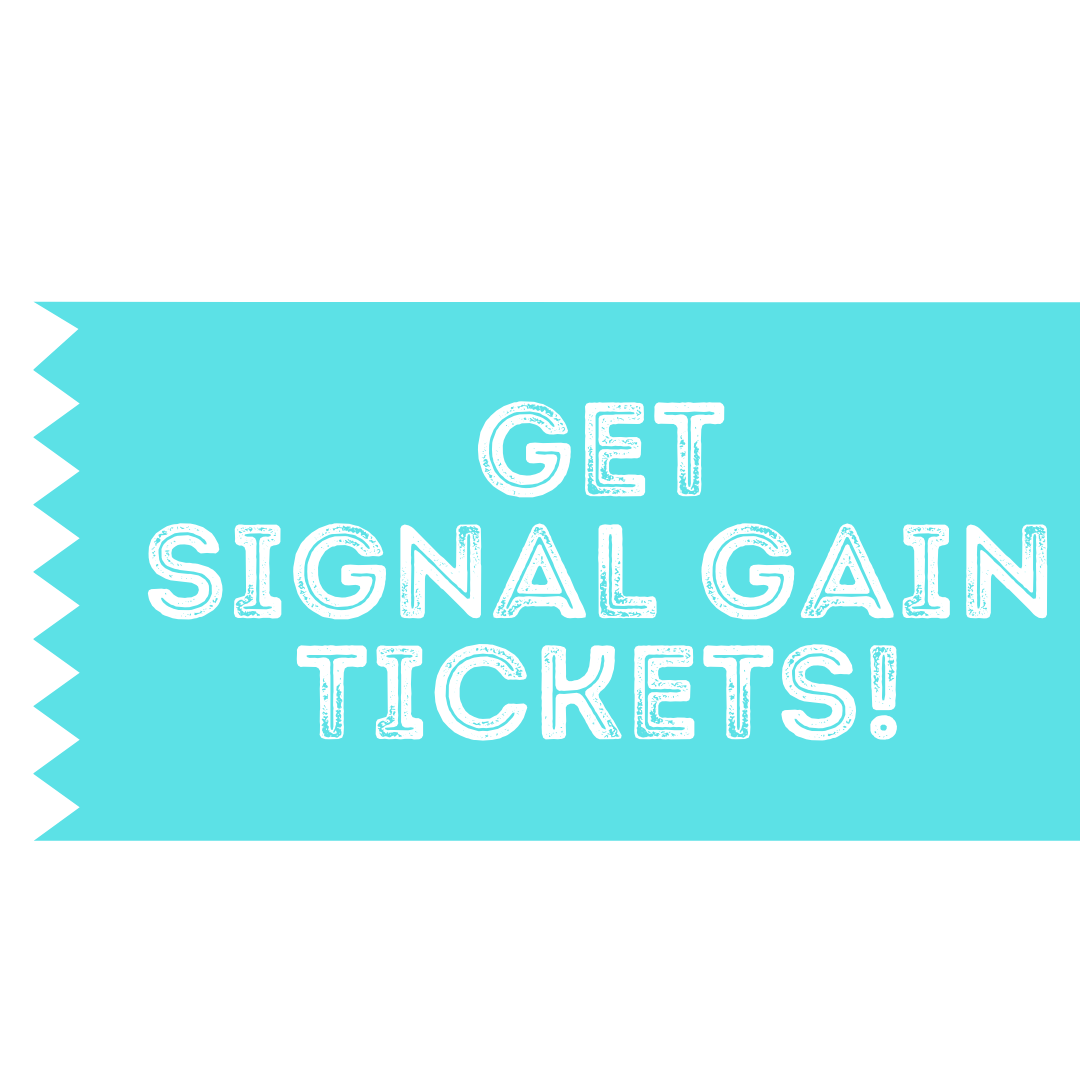